In early stages of dating, you’ll encounter several warning signs that can help you decide whether to stay or go in order to avoid having your heart broken. A person who doesn’t intend to commit for the long term usually lets you know as soon as you begin dating. Our team has chosen to provide you with information on the warning signs to watch out for in the early stages of dating.

Too much talk of intimacy

There is nothing wrong with occasionally discussing intimacy, but the issue arises when it’s done so frequently. It’s crucial that you get to know one another better while you date, especially now that you’re a couple. As the relationship develops, intimacy will become more and more important, but it shouldn’t dominate your thoughts. Once you realize that your partner is more interested in experiencing intimacy with you, you’ll know that’s all they wanted.

Putting the sexual chemistry ahead of the connection

When creating a relationship seems to be less crucial than sexual chemistry, that is a warning sign that shouldn’t be ignored. A big step in a relationship is becoming intimate, thus it shouldn’t be done with the wrong person. It indicates that you’re prepared to advance your relationship and desire a particular level of intimacy with your partner. Not because you feel pressured by your partner to keep them around, but rather when you are both confident that you are ready.

In early stages of dating, it’s important that your partner lets you know how much they value you. No explanation can be given as to why your lover is becoming less and less interested in your relationship. It’s a warning sign that you should act upon as soon as you discover that their focus is diverted and they are spending less time with you.

Not taking responsibility for their actions

Someone who genuinely cares about you and your emotions will be aware of how much their actions affect you. It’s a sign that your partner doesn’t care if they never own up to their mistakes. There are many possibilities for why that might be, but none will be valid enough for you to stay. One should be able to own up to their mistakes and apologize for it if they know it negatively affects you.

Red flags in early stages of dating are very common. For others it’s never about the long-term relationship but about fulfilling their curiosity on being with you or the sexual encounters you may have. Never compromise for someone who will never do the same for you.

How to develop your relationship

How to feel better after a break-up 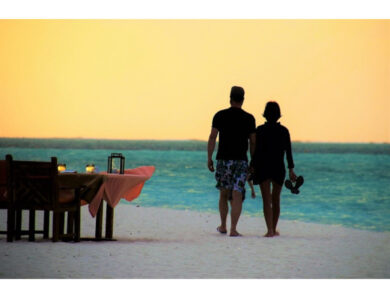 How to stay in the honeymoon phase